I don’t know exactly when the moment arrives, probably it differs somewhat from individual to individual even though it generally occurs rather early in our lifetime, but somewhere at sometime we become mentally aware of the fact that we are alive. I call that awareness our first moment of spirituality, i.e. our first recognition that there is a mystery called life. There is also awareness that others have life, and not just other people, but also other beings: a dog or cat, a fish, a tree, a flower. Wow. Life is everywhere on the planet. And then the big discovery. There is a oneness to life. Some people call that oneness “God” or the “creator,” or any of many other names of wonder. Some people don’t name it. Some people attribute consciousness to life, others think that life just is. In any case whether we relate to the life as a higher force or relate to life as one of the mysteries of existence is not the defining quest of our existence. Truly spiritual people recognize and strive to actualize both a reverence for all life forms and a oneness with all life forms in terms of how we behave to one another. 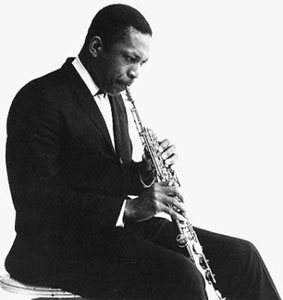 John Coltrane was the first mystic to really touch me and help me to consciously think on these things as part of my daily existence. Sure, I had been taught the Ten Commandments and knew about eastern religions including Islam and Buddhism. But I had never fully felt a need for spiritual oneness as a personal quest. In a sense I was a believer who didn’t really see a need to believe. I knew life was about more than just me but I didn’t know the quality of my life was partially dependent, or should I say “interdependent,” on my ability to recognize and act on respecting and uniting with all of life. Coltrane opened me in part because of my deep love for the music. There were other Coltrane recordings that I revered far more deeply than A Love Supreme. But at the same time when I read the linear notes, which contained a prayer that Coltrane wrote, I began seriously thinking about giving thanks for the gift of life, and about acting responsibly while in possession of this great gift. It didn’t take long to realize that my “possession” was not ownership but rather guardianship, stewardship. I had been given a gift that entailed a responsibility not only to myself but to others. When I realized that anyone could learn to play jazz at a very high level, I realized that the only essential in life is life itself. You don’t have to be male, or black, or born in the USA or anything in particular to play jazz. One of the songs that was significant in my spiritual development was “Spiritual.” I was especially moved by Eric Dolphy’s bass clarinet work complementing Coltrane’s lead saxophone. So here it is. I hope this music helps you as it helped me. 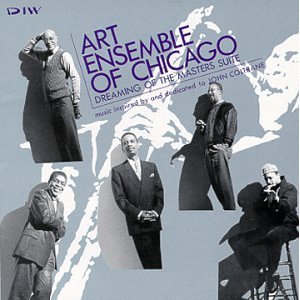 Dreaming of the Masters Suite - John Coltrane – Art Ensemble of Chicago The first version is from the Art Ensemble of Chicago. I’m pretty sure that’s Roscoe Mitchell on flute recorded outside somewhere with the birds. Of course when I heard this version I immediately thought of Eric Dolphy talking about practicing his flute and imitating bird songs. 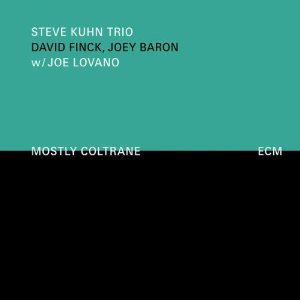 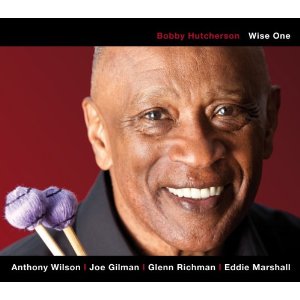 Wise One – Bobby Hutcherson Bobby Hutcherson is next from one of Hutcherson’s most enjoyable albums, Wise One, which consists of Coltrane compositions. I call this a romantic interpretation because there is a heavy emphasis on lyrically lining out and improvising on the melody. 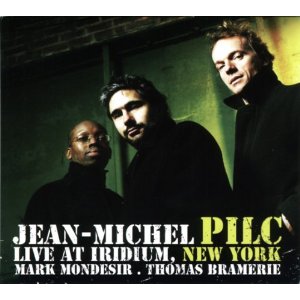 Live At the Iridum – Jean-Michel Pilc Next is French pianist Jean-Michel Pilc, whose work I thoroughly enjoy because he is both intelligent and adventurous with an intuitive approach to improvisation. There is always the feeling of adventure, of investigation in his music. 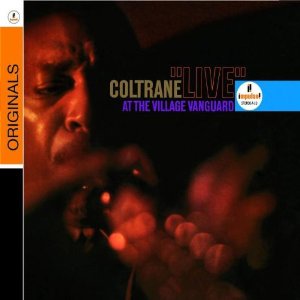 Live at the Village Vanguard – John Coltrane Finally there is the first released version with Dolphy’s elegant bass clarinet and Elvin Jones’ churning rhythms keeping the song aloft. I always get the feeling of floating when I listen to this. Floating high enough to survey everything as if I were looking down on everything in the world as I circled in slow motion. And I mean everything, not just places but also people, experiences, ideas. Everything. By the way, this is also available as part of a 4-CD box set that includes all of the music that was recorded over the course of that particular engagement. There are four takes of “Spiritual”—and for those of us seriously into Trane, the box set is not overkill. Indeed, it’s entrancing and enchanting. And we’re out. You might want to hit the rewind button. —Kalamu ya Salaam

This entry was posted on Monday, June 6th, 2011 at 6:07 pm and is filed under Cover. You can follow any responses to this entry through the RSS 2.0 feed. You can leave a response, or trackback from your own site.

Kalamu–
Thanks so much for the beautiful Coletrane covers of the last few weeks! They’ve allowed me to spend some incredible quality time with “Naima” and “Lonnies Lament”, and I expect to be blissed out with “Spiritual”. You’re very generous, brother . . . be blessed.