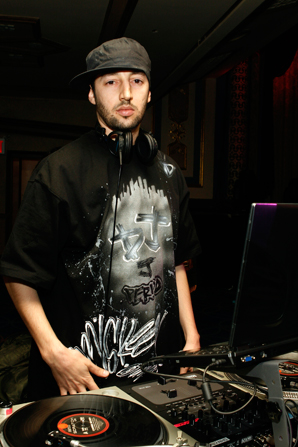 This is about J. Period and the Hip Hop aesthetic of making music. This is about the art of the composer, the DJ/Producer in sampling, mixing and remixing. While who the artists are and how accomplished they are matters, within the context of hip hop, what matters more is who is producing, mixing and remixing. Just as Kool Herc with his Jamaican sound system roots is credited with giving birth to this form of music making now generally known as rap, certainly the cutting up aesthetic has an apt analogue in reggae dub music. But his new sound, this modern hip hop sound is not analog. Hip hop is digital music and the computer is more important than any instrument, indeed, the computer and digital technology are the major instruments replacing drums, horns, keyboards and strings. Understand that a drum machine is a computer, a sampler is a computer, the sequencers and audio editing boards are computers all. Sound is now digitized with a machine, i.e. computer. Black music is no longer mainly acoustic, and certainly no longer analog generated and reproduced. Pounding drums may have been admiringly or (depending on who is talking) pejoratively termed “the sound of the jungle” but in the 21st century the phat boom bap is the sound of urban ghettoes. 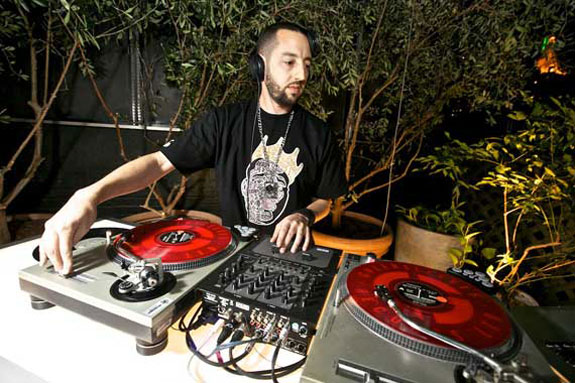 A rapper and a DJ are the new combo, the new orchestra. But this digital revolution is about more than just instrumentation. The whole sound of what we consider music has changed. Most of us are not aware of this fact but the majority of popular music is compressed—it sounds louder but does not have the wide dynamics of analog music. Moreover, gone is the hiss of tape, the crackle of vinyl. Also the time limitations changed. But more important than all those physical and technical changes is the fact that literally and metaphorically there is no longer a “master.” Obviously, I could go on and on about some of these technical aspects but I really want to call attention to the aesthetic that J. Period has mastered. Popularized by Picasso, cubism ushered in the multifaceted look at reality, see things from different perspectives at the same time. Romare Bearden too cubism to a whole other level with his collages of black life. The Bearden cut up technique in visual arts is precisely a precursor of sampling and mixing to produce recordings. (You know what?—This is also an extension of a discussion we started a while back when J. Period hooked up with K’Naan: here.) John Legend and The Roots crew just won triple Grammys for their Wake Up! album. This Wake Up! Radio album is a hip hop take on the retro remake of seventies soul songs that was the basis for the Wake Up! Grammy winner. I prefer J. Period’s Mixtape to the commercial release. The album is a good but not great attempt to recreate classic soul music. The Mixtape is a brilliant hip hop album that does not try to recreate the soul. Instead this Mixtape gives us past greatness cut up and interwoven into current hipness to produce something new that obviously owes a lot to the past but also is not trying to be the past. Before I go off the deep end again, let me point to one more important fact. True hip hop is subversive and illegal. I’m gonna let that stand a minute. Now, check this. Sampling without clearances is illegal precisely because the record companies make big bucks off sampling. Don’t believe for a minute that they really care about the artists. Everybody knows about the copyright symbol ©, well look closely at the back of your CD (that is if you have a CD—I’m going to address this CD/download issue in a minute but first let me finish up with this copyright ish). On the back there are two symbol signifying legal ownership: the © and ℗. The circle c refers to the legal author of the work, the circle p refers to the legal owner of a particular recording of a song. 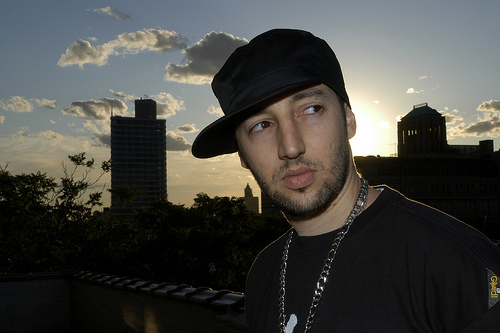 When a DJ samples a beat, a snippet, or even a major portion of a song both copyrights are involved. The record companies generally own the circle p copyright, meaning you have to pay them to use a particular recorded version of a song. It’s all about money. Even if a recording artist gave permission to use a song they wrote, a DJ would still need to get the record company’s permission to use that particular recording. I’m skipping ahead and greatly simplifying the issue because my point is to talk about the Wake Up! Radio Mixtape but I needed to give a cursory background on some of the legal stuff so you would understand that J. Period and crew can’t sell this shit even though they put in a bunch of hours sampling, recording and mixing. To keep from getting sued, DJs have taken to making mixtapes and then giving away those bad boys for free. In general the record companies hate that because from their perspective they are not getting a cut. The record companies also hate digital downloads because a digital copy is indistinguishable from the original digital recording. The bottom line is that this hip hop aesthetic upsets the economic underpinning of the recording industry. But beyond that, this aesthetic has created a whole new definition for music. Maybe at another time we’ll go further into the aesthetic as well as into the legal questions and the economic implications, right now let’s get back to my man J. Period. Wake Up! Radio Mixtape is weakest when they try to copy a bygone era (Jimmy Fallon, only in your dreams are you a “Love Doctor DJ”).  But the samples and mixes are off the chain. Just call one to your attention right quick: Aretha singing “People Get Ready.” If you have not heard the original you will be forgiven thinking this is an original. J. Period has done major surgery on this track and yet it does not sound like an update, rather it sounds like a hip new version that Aretha recorded. You have ears check it out. 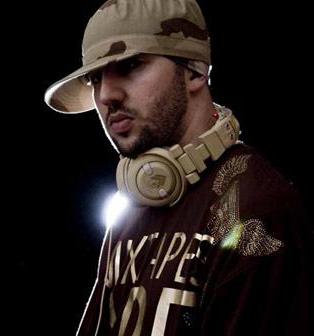 J. Period is a monster DJ/Producer. He’s got elephant ears and elephant memory, plus he can sniff out tracks to use six miles away on a cold winter day. I mean he doesn’t just get hits or simple obscure b-side tracks, from somewhere in the great unknown he finds conversations, studio chatter, out-takes and a multiplicity of versions from which he draws sound samples to stitch together in sonic tapestry. How do you find all of this? And after you find it how do you keep track of it? And once you get the idea to use something, how long does it take you to put the little pieces together? Bearden was bad with the visuals, J. Period is bad in a similar way with the sonics. Like what he does with Nina Simone singing “Don’t Let Me Be Misunderstood” and using more than one version, looping segments. To make all of this sound seamless is no easy task and to find and choose the cornucopia of sound elements is astounding. J. and the folk did this for the love of music because there’s no money in it. Remember they are giving it away to get around the copyright issues. But essentially they are saying suppose we took this and wrapped some of this around it and got Questlove to drop some dope beats and let John Legend sing a little bit and called up Common and asked him to drop a verse and got Black Thought to… yall know this could have been a royal mess if it wasn’t put together with love and expertise. 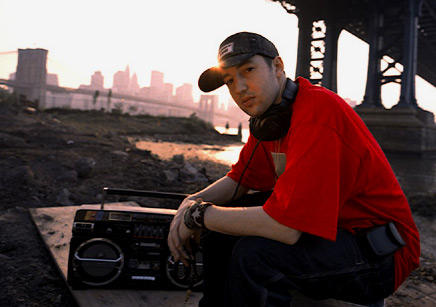 Hats off J. Period you a bad moth…. (yall know the chorus: say, shut your mouth!). I’ve already gone far, far longer that I had planned to in talking about this download. Let me just wrap up with this suggestion: GO HERE AND GET YOUR DOWNLOAD and also read the official press release. They are not going to give out a Grammy for a Mixtape but if they did, Wake Up! Radio would certainly be a winner. Enjoy yall—we’ll talk on the rebound about some of these issues, for now, just kick back, chill and enjoy. —Kalamu ya Salaam Wake Up! Radio Mixtape Playlist 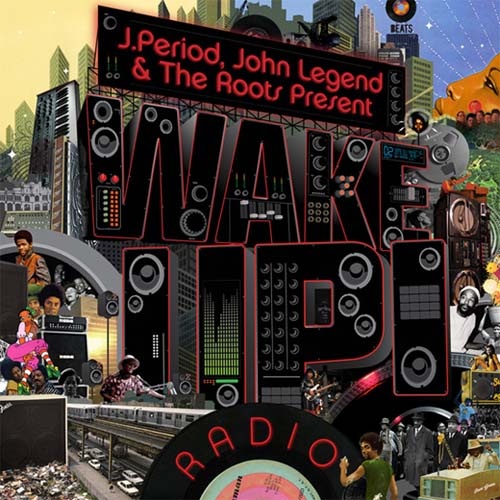 This entry was posted on Wednesday, February 16th, 2011 at 4:43 am and is filed under Cover. You can follow any responses to this entry through the RSS 2.0 feed. You can leave a response, or trackback from your own site.

Thanks for pointing to this. It’s a great tape, and all the better for going back to the originals. I’ve been wondering, though, about recent attempts to recreate the sound of 60s/70s soul. Sharon Jones just passed through my town and I have to say, it was a great show. But it left me wondering, is this just nostalgia or is this about reconnecting with the spirit of those years? Maybe you have something to say about Sharon Jones and the Dap Kings.

I don’t want to put any non-positive energy out there, but J.Period I give props to. The REMAKES…I don’t. Give me Marvin, Teddy P’s, Ray Charles/Beatles, etc. versions on a scratched 45′ any day over the “new” interpretations.