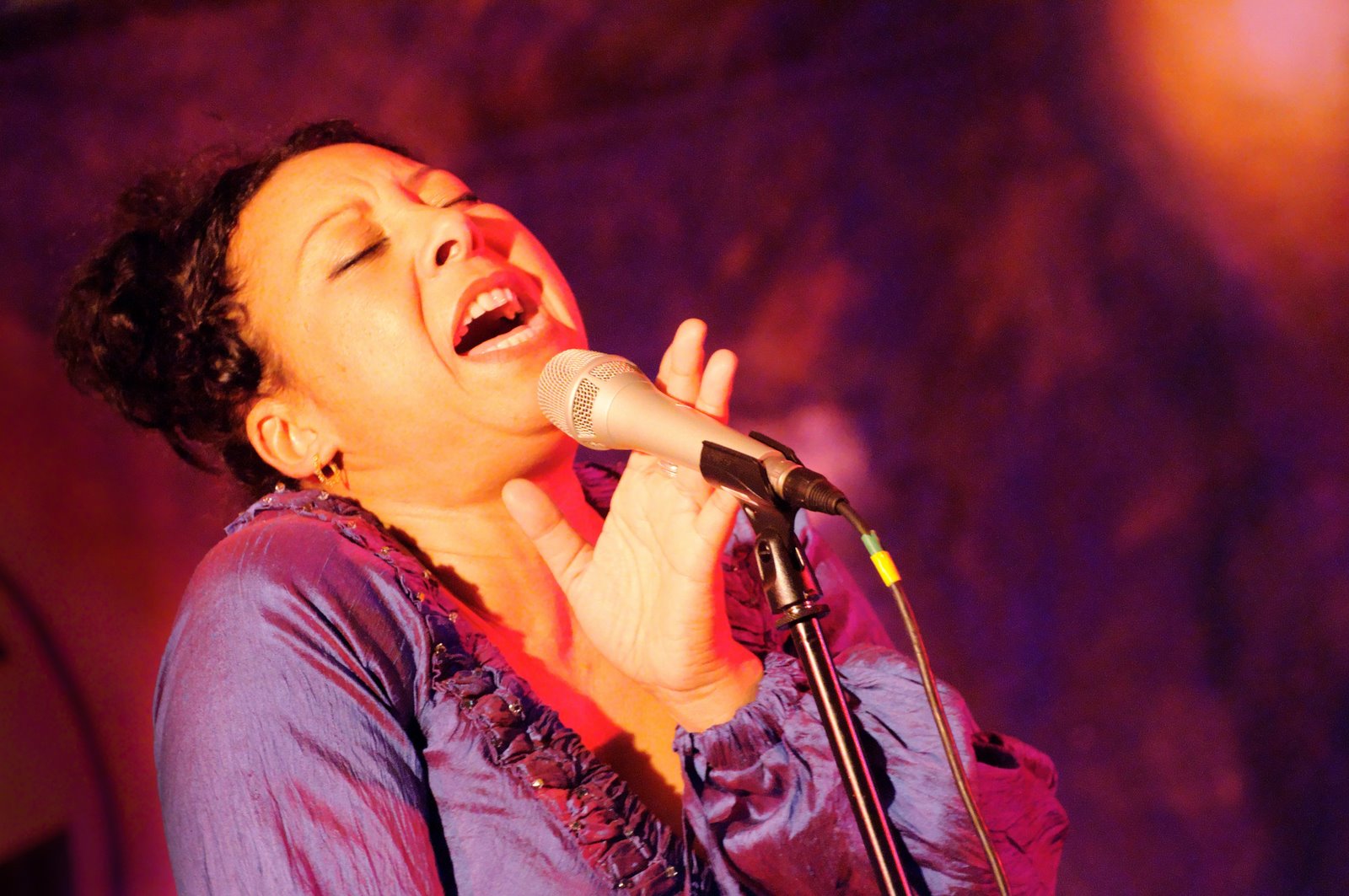 Back in November 2007 we featured Ms. Kontomanou in both the contemporary and the covers categories (here and here). She has a new album and has release two other albums since we last visited with her. This week we focus on her interpretations of standards and other people’s music.

Her new album, Siren Song Live at Arsenal is ambitious in both conception and execution. But before looking at the five songs from Siren Song, let’s consider material from four other albums.

Elisabeth Kontomanou is an artist who chooses an experimental approach. Her style is angular. Instead of relaxing you, her sound prods and pushes you to reconsider all the feelings and thoughts that previously one might have assumed were certainties. She does not choose average tonal centers, her harmonic and rhythmic sense is avant garde. Rather than restful, there is a surging, searching shooting through her sound.

Even when she is singing ballads she keeps you awake thinking and reconsidering rather than lulling you off to dreamland in soft reveries. I don’t always like this anti-sentimental approach because too much tension is difficult to deal with but in measured doses, ah, man it's wonderful—like aged cognac this music is made for sipping rather than chug-a-lugging. 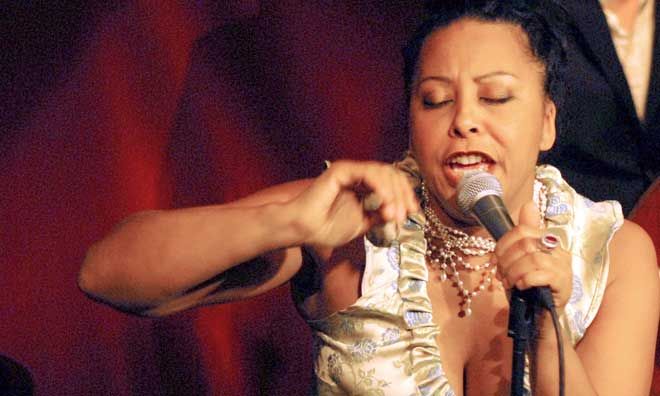 The two opening tracks (“La Vie En Rose” and “You’ve Changed”) are duets with pianist Jean-Michel Pilc. Her interpretations are subtle and sensitive but they are also unsentimental and are statements of defiance rather than resignation. She is absolutely superb in getting to the core of “You’ve Changed.”

Most of the other tracks feature jazz combos supporting Ms. Kontomanou. Special mention should be made of soprano saxophonist Sam Newsome whose tart tone matches Elisabeth’s stringent approach. Some people may think these treatments are simply quirky and idiosyncratic but there is much more here than first meets the ear.

For example notice how often Elisabeth Kontomanou kicks off a song without any accompaniment. That’s difficult, especially when playing accompanied solely by piano or when surrounded by an orchestra, because when the vocalist starts alone the establishment of the correct key tone has to occur without tempered instruments hitting the home notes. Moreover, when she chooses to employ long tones and alternate harmonies she’s got to be precise or the whole arrangement will fall apart. 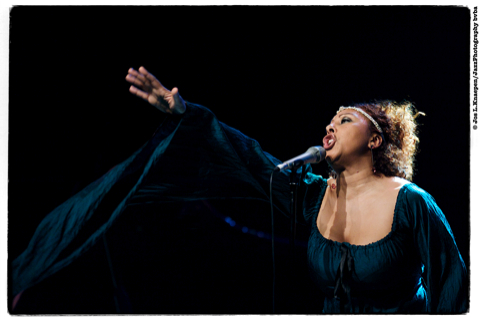 As is probably obvious, I’ve been a big fan of what Elisabeth Kontomanou does and I especially like her ability to improvise, but I was not prepared for the leaps in development she evidences on the new release. I suggest you listen to how she approaches and hits the last note on “Come Sunday” to catch her daring in choosing alternate notes beyond the obvious.

And then there is her take on “At Last,” which is totally unlike any other version I’ve ever heard. Indeed, this is some other kind of music; you might even call it space ballads. Man, I wish she could have sung with Sun Ra. 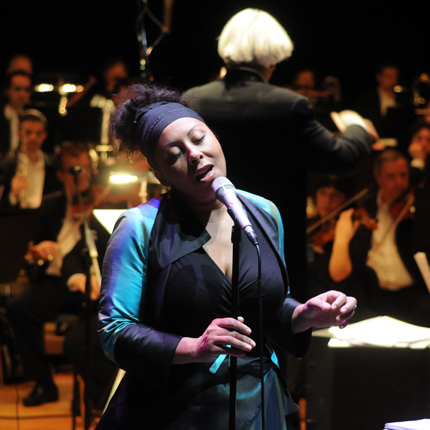 The new album features a complete string orchestra and the arrangements use the full range of the acoustic instruments. I had commented on her use of strings before but again this is in a whole other category because the arrangements are so innovative. Usually, strings are used for soft (and too often sappy) support surrounding sonorous vocals but here the tried and true usual approaches are avoided in favor of harmonic sophistication and melodic experimentation.

All of the above is on full and exquisite display on the final selection “I Put A Spell On You,” which miraculously ends with a call and response section engaging the audience. Again, to my knowledge there has never been an arrangement like this magnificence. Listen and tell me if you have ever heard this kind of approach to a blues like "I Put A Spell On You."

When we talk about covers and doing something different, I don’t think you’re going to find a set as innovative as these eighteen versions of standards, jazz, and R&B songs done with such a sophisticated and at the same time earthy approach. 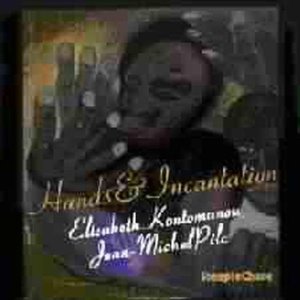 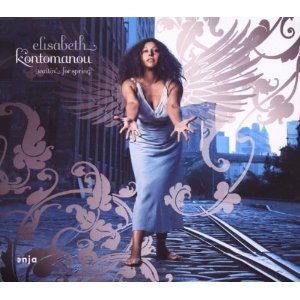 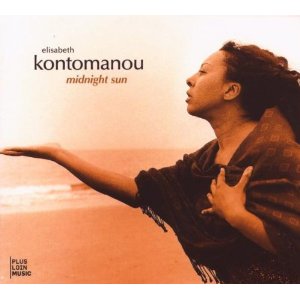 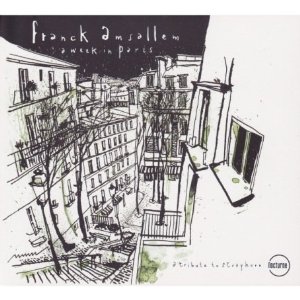 13 “Something to Live For” - A Week In Paris - Franck Amsallem 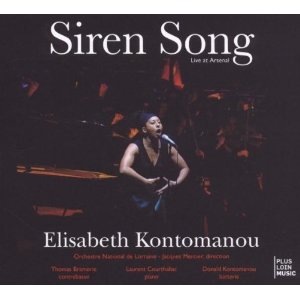 This entry was posted on Monday, December 6th, 2010 at 2:21 am and is filed under Cover. You can follow any responses to this entry through the RSS 2.0 feed. You can leave a response, or trackback from your own site.