As we get older.. (or should I be less diplomatic and give voice to the rawness of the situation?) …as we get “old”—meaning as we have less days in front of us than years behind us, as we look at ourselves, what we have done and not done, what we wish we could undo, what we still hope we can do, as all of that descends like a curtain on the last act of the play that is our lives, if we are an artist, what do we do with that jumble of emotions and experiences?

* * *
At 51 Sade looks amazingly well-kept—oh, what a loaded term “well kept” is, as though we were talking about a pet or a painting or a rare bottle of wine. Sade has taken good care of herself, physically, as any current photograph will attest. 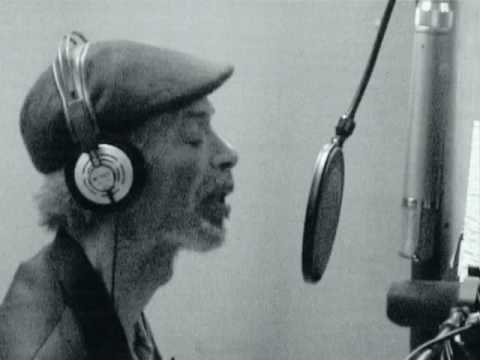 Gil looks like death on a stick. (Kalamu don’t be so mean—well, I’m only saying what a lot of us are thinking as we recoil from the photos that look like poster prints for this is your body after drugs.) They both have new albums. There is a weariness in both their voices. Of course, no one can remain youthful all their life. Tinkerbell and Peter Pan are fairy tales. In the real world we all grow old. I should rephrase that, in today’s world if we are lucky, we grow old. What does it cost us to get old? How much of our soul do we have to barter, what burdens must our bodies bear? There’s nothing on the new Sade that sounds even remotely happy like the old Sade. And Gil, well, his once dulcet baritone is now as chilling as listening to the low snarl of a wolf warning you to stay away. 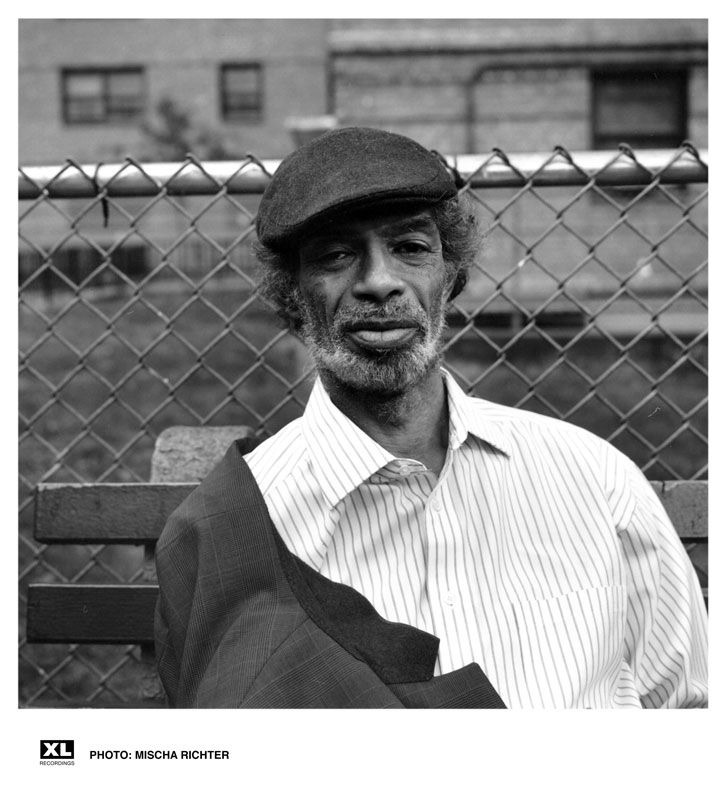 I like Gil’s album. All of it. Especially the dark of it, the way he ruminates on his life as though delivering his own eulogy. Undoubtedly he had a reason for choosing to record a Robert Johnson tune. Johnson was not only known as the King of the Delta blues, he is also infamous as the man who exchanged his soul in a deal with the devil to be able to master the blues. The background noise—and much of the alleged music on this album is as much orchestrated noise as it is artful music, all the banging and clanging works a sort of twisted juju magic. I wouldn’t be surprise if they didn’t sample the sound of a jail cell door slamming shut. The album is not even a full half hour long but then again how much pain can your ear stand before you turn it off. And yet on the other hand, this album is as fascinating as a horrible accident on the interstate. Wrecked cars, broken glass, skid marks across three lanes, paramedics lifting a body bag—you know you’ve got to look. Or this could be the last hours of a favorite uncle who was quite a character in his day but now lays on his death bed beckoning for you to come closer so you can hear him articulate cautionary tales about how you should live better than he did. If you’ve been in one of those light-deprived rooms holding the emaciated hand of such a man, you understand exactly what I mean. If you’ve never been in that situation, I hope you never will be. I hope this recording is as close as you will ever come to falling under the terrible spell of ghost-throated exhortations. But I still like this album. The utter honesty of it. The unremitting ‘don’t-cry-for-me’ tone of Gil’s defiant barking at death. 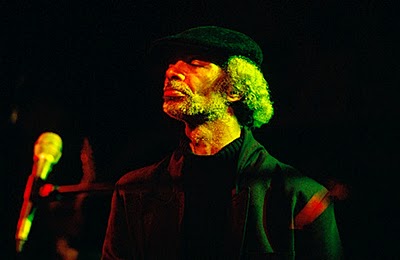 I did not expect Gil’s new album to sound this old. The production techniques may be some of the latest of hip hop and techno but this is really some old-ass, low-down blues shit. On the other hand, I am not surprised by how dangerous this death letter sounds. For those who do not know much of Gil’s work after he left Arista, I have included a fugitive recording of Gil in concert in London. I have no idea of exactly where or when this track escaped captivity. All I know is that I found it one night roaming around on the internet—I mean it was roaming with it’s tongue hanging out, I was phishing, hoping to run up on something. I was like a horny married man in a strange city, a hundred dollars cold cash warming his pocket, sitting at some bar, far away from his marriage bed, eager to sleep with someone, anyone. I know it sounds awful, but when we are looking for illicit music, stuff we can download for free or for next to nothing, unofficial recordings from which the artist will never receive a cent, when we eagerly download a bootleg, isn’t that what we’re doing, i.e. being unfaithful to the artist? Ironically, the bootleg song is a beautiful rendition of “Better Days Ahead.”
* * * 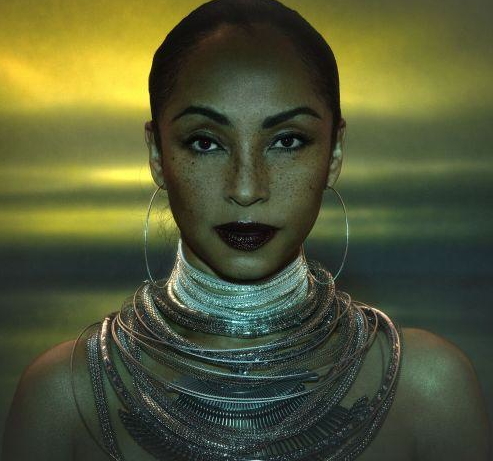 I don’t have to say much about the Sade. Sony’s publicity machine will make sure you hear it. The legions of fans and cult followers will strongly encourage you to buy it. Indeed, I have elsewhere posted two notices about the album myself and I never was that crazy about Sade. To my ears where the clash of techno/hip hop production against Gil’s world-weary voice were like a stiff shot of some dark, aged whiskey, Sade’s album has a slightly bitter bite to it like a cold glass of fresh squeezed orange just that has sat out too long and is now a bit warm and there is more than a hint of acidic peal or rind grounded in with the pulp. I’m sure deep fans will not mind and will swear that the album is a refreshing change from much of the soul-less, over production that passes for popular music nowadays. I’m not so sure. I think they tinkered a bit much with the ingredients. Everything sounds perfect, it’s just that they squeezed all the fun out. All of the music is freighted with seriousness. 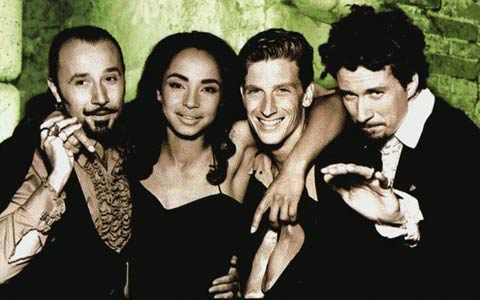 But on the other hand, it’s been a long run, especially for a popular music group. The same four mates (Sade, Stuart Matthewman, Andrew Hale and Paul Denman) have been recording together since 1984. That’s a long time to keep a band together, a long time trying to preserve a fresh sound. A long, long time. So much happens over the years, so many things change: relationships, likes, dislikes, goals, objectives, not to mention musical directions and wanting to explore different avenues that your mates might not… well, you get the picture. To my ear, Soldier Of Love sounds more like it was engineered than like the band played it. But I could just be being nostalgic, just longing to hear what was and not willing to open up to what is, not willing to give Sade the necessary space to experiment and find new ways to express all the changes that have gone down over the last ten years or so. Over time all things change and I suppose growing old is the most radical of all changes. Besides, I know that in music, there is nothing more boring than old musicians trying to sound like their young selves did ten, twenty and thirty years before. This is not a bad album, in fact, a number of the cuts are really, really good music. I don’t want to give the wrong impression but I know that even if I do, Sade’s fans will make sure the album sells and sells well. I guess what I’m saying is that I had always assessed Sade as being lighter than what she has produced with Soldier Of Love—there are some heavy songs on this album. 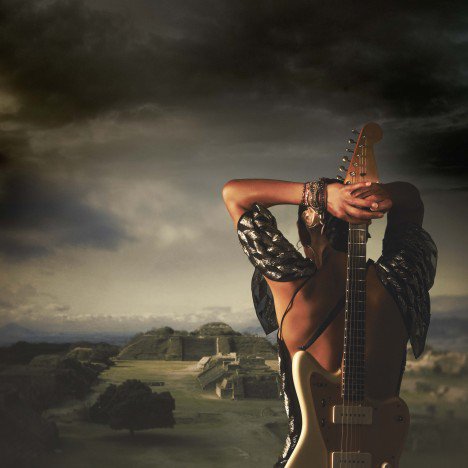 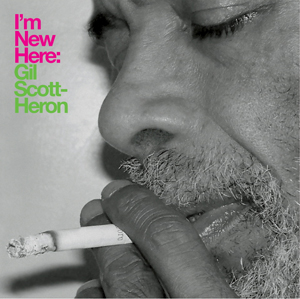 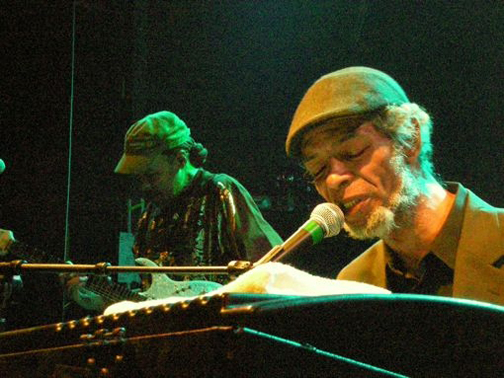 This entry was posted on Monday, February 1st, 2010 at 4:02 am and is filed under Contemporary. You can follow any responses to this entry through the RSS 2.0 feed. You can leave a response, or trackback from your own site.

Thanks for this post, Baba. Great reflection on age and artistry.

Very grateful to you! I wasn’t aware of a new Sade release!

as always, your perspective is beautifully sensitive. xcited 2 hear gil again. flaws & all. in the spirit of coltrane he reigns supreme. met the brotha after his summer of ’94 central park concert. signed my copy of so far, so good. like my drug-free, god inspired life. we do recover.