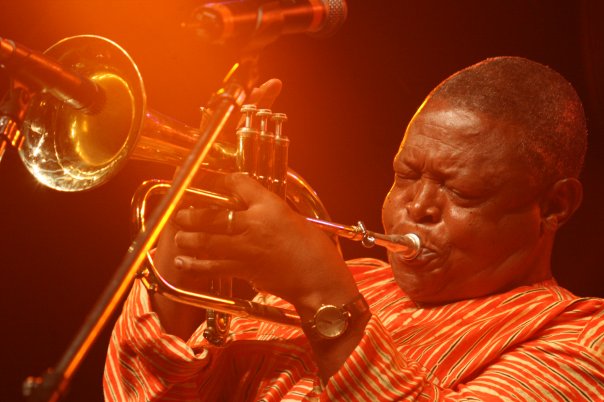 “The coal train is a motherfucker.” —Hugh Masekela

We’ve ridden these rails before, been all over these tracks (see here and here), the difference this time we’re taking the whole journey following the song over the years, grasping the politics behind the tones and textures and not just simply enjoying the melody and rhythms. “Stimela” is both a curse and an analysis, a deep political shout out to and for the sufferers, and simultaneously one of, if not, “the” most requested song at Masekela concerts. 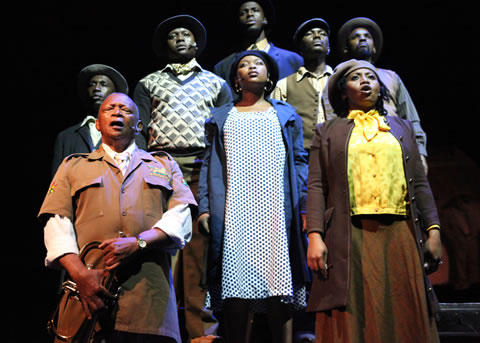 In February of 2010, Hugh Masekela premiered a major program he called Songs of Migration and of course “Stimela” was one of the centerpieces. The train was the main mechanism of forced migration in South Africa. The coal trains were the dominant mode of transport ferrying conscripted black male labor to the gold and mineral mines in and around Johannesburg to do extremely dangerous work for extremely little pay. 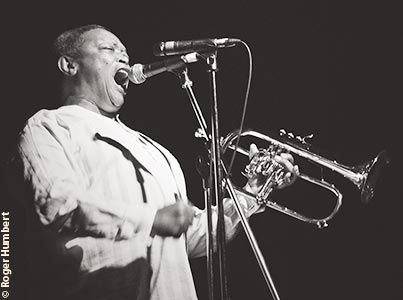 The brilliance of Masekela’s song is that Masekela makes the train live through sound. Not just the choo-choo chug-a-lugging of the rhythm but also the whistles and the steam, the rocking, and, more importantly, the dislocation and emotional ripping of families and community, the separation of urban exploitation and toil from traditional land and cultural community. You don’t have to speak a South Africa language to understand the feeling and to feel the pain. Hugh Masekela is an excellent instrumentalist. His horn crackles and notes burst forward in a passionate outpouring, but on "Stimela" it’s Hugh’s vocal work that aptly and brilliantly dominates. With his voice he does a creative call and response: he is both the laboring men cursing the train, and the train itself carrying the workers to an accursed circumstance. 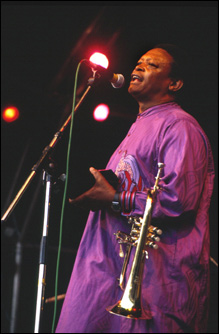 Over the years, Masekela developed a verbal prologue that effectively contextualizes the song. Even people who have never heard about conscript labor under apartheid, even an audience of people who are truly ignorant of the conditions decried by the song, even those who know nothing are given a glimpse of what hell under earth looks like, and if not an intellectual understanding, certainly an emotional portrait. The last version, the quarter hour rendering in concert at the Haymarket in Johanesburg is special because whereas “Stimela” is specifically grounded in the historic South Africa reality, Masekela has now opened the song to expressed solidarity with exploited laborers who work life-threatening jobs worldwide. Masekela is no less proud to be South African, but he now recognizes and communicates to us the urgency of solidarity in the face of global capitalism. 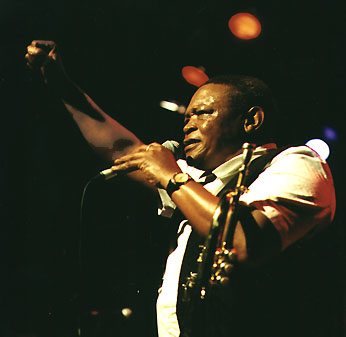 Yeah, I know, it seems like I’m trying to freight down a good song with a whole lot of extraneous political analysis. But that is precisely the importance of “Stimela”—the song is both emotionally potent and politically astute. Hugh Masekela’s prologue powerfully preaches both the politics of the situation and communicates the passion of those resisting dehumanization. Most of the songs in the Songs of Migration program are South African but Masekela includes both an Afrikaans song (“Sarie Marais”) and a Yiddish folk song, both represent elements of the South African experience. Hugh is not blinded by racial essentialism. He knows that not just blacks were forced into migration. And Hugh also knows “migration is always the result of social and political upheaval, poverty, war and colonialism.” “Stimela” has developed into a conscious statement but it started as an unconscious expression at a low point in Hugh’s career. And I’m not exaggerating when I say “low point.” Listen to how Hugh describes his situation in the early seventies in the United States.

"I felt like a total failure. I had destroyed my life with drugs and alcohol and could not get a gig or a band together. No recording company was interested in me and I had gone full circle from major success to the point where my life was worse than when I had left South Africa 11 years earlier." —Hugh Masekela

Early success had turned into a disaster as attempts to start his own record company failed and he was bedeviled by the majors shunning him because of his politics, which he did not see as separate from the core of his music. He ended up retreating to Woodstock, where he and some friends rented a house Masekela used as a refuge. When he got to the place where he would be staying there was a piano. Masekela recounted the composing experience in an interview with Gwen Ansell.

"I ran to the piano and began to sing a song about a train that brought migrant labourers to work in the coal mines of Witbank, my birthplace." His friends said: "'That's a mean song. When did you write it?' I said, between phrases: 'I didn't write it. It's coming in now.' The song was Stimela. I sang it from beginning to end as if I had known it for a long time." "For me," he said, "songs come like a tidal wave ... At this low point, for some reason, the tidal wave that whooshed in on me came all the way from the other side of the Atlantic -- from Africa, from home." 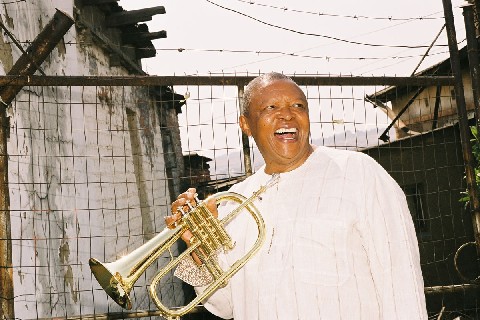 By the mid-seventies Masekela left the States and returned to Africa. He went to Ghana, and to Guinea, and afterwards to other countries in Central and Southern Africa, and finally not until over thirty years later with the fall of apartheid, Hugh Masekela was able to return home to South Africa. He was no longer a young man. Hugh could have retired—or, more probably, Hugh couldn’t retire. He was temperamentally incapable of withdrawing from the struggle. For Masekela the end of apartheid marked the beginning of the even harder job of reconstruction—phase two of life-long struggle. In the post-apartheid era, conscious artists such as Masekela now dedicated their lives to pulling together the pieces of their history and passing it on to younger generations to assist in building a new society based in part on prior struggles and the culture that enabled older generations to survive unbelievable horrors. Born April 4, 1939 in Witbank, South Africa, Hugh Masekela is now a dynamic septuagenarian force on South Africa’s cultural scene in the new millennium. He says he has a storehouse of ideas and memories he plans to bring to the stage and to the bandstand. 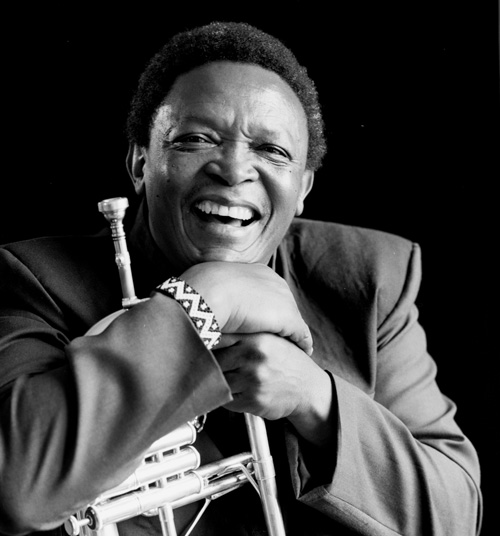 We are all blessed by this man’s vigor and steadfast commitment to cultural and consciousness. Enjoy these diverse and wide ranging readings of Hugh Masekela’s signature song “Stimela.” —Kalamu ya Salaam “Stimela” Mixtape Playlist 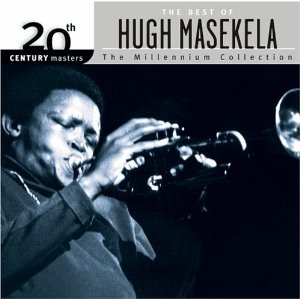 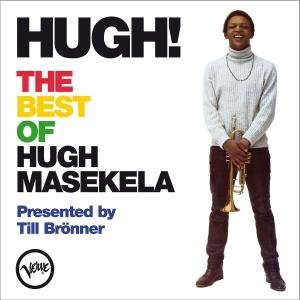 02 “Stimela (Jazzanova Remix)” - Hugh! The Best of Hugh Masekela This is a new remix from the latest Hugh Masekela compilation that covers mostly Hugh’s recordings from the seventies but also includes a handful of new material such as this remix. 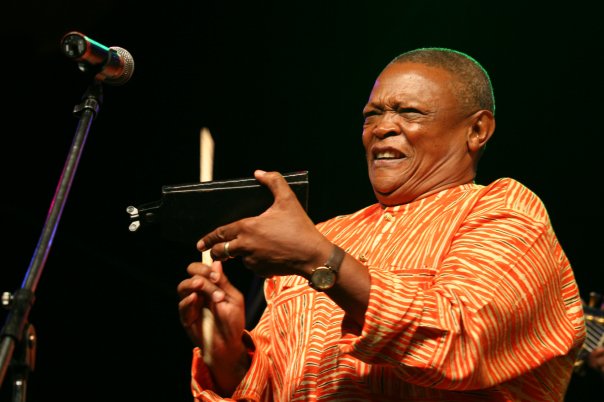 03 Concert with Paul Simon I’m not sure but I think this is a bootleg from the Paul Simon Live in Africa DVD but I’m not certain, so I can’t supply a link or even a picture of the cover. 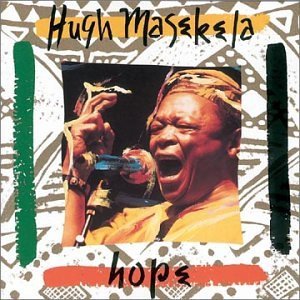 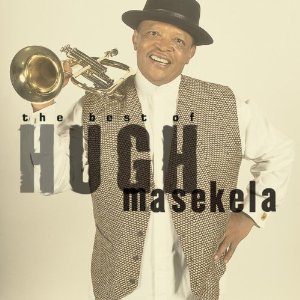 05 Grazing In The Grass: The Best of Hugh Masekela Be careful. There are a number of compilation albums and a number of different versions of “Stimela.” This version is available on this particular album, which is not to be confused with the “best of” album cited for the opening track 01.

06 Live At The Market Theater

This entry was posted on Monday, July 26th, 2010 at 4:06 am and is filed under Cover. You can follow any responses to this entry through the RSS 2.0 feed. You can leave a response, or trackback from your own site.

Great artist, he deserves a full mix tape of his other work as well! Thanks again, also excellent write-up.

Good insight on what makes bro Hugh tick, have always liked his music, infect ‘ I can only identify with his music when I am feeling down or happy’ somehow I find it easy to get along with my chores or overcome challenging situations, when listening to his music.