The blues, the basic root of most all of modern black music. The blues, often referred to but not often fully understood; indeed, most often misunderstood, twisted into simplified stereotypes, become most unrecognizable except for a few popular elements. But, you see, the blues is a big sound, the sound not of downpression but people’s spiritual resistance to being put down. Or so I have come to believe. One Mississippi, two Mississippi. Mississippi John Hurt. Mississippi Fred McDowell. And on top of that, here are two more ways to do that thing, two which a ways most have not heard as the blues. First, a gentle, story-telling, finger picking style, so quiet you could sing it in church. Second, a blues you do sing in church. Whoa nah! Get ready for some other kind of blues. 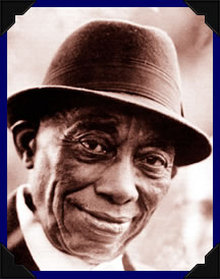 Mississippi John Hurt was Mississippi born and bred, might have died unknown to most of us were it not for the folk music revival of the sixties and a renewed interest among college whites in this archetypal music of academically uneducated black people of the deep south. Born March 8, 1892 in Teoc, Mississippi – died November 2, 1966 in Avalon, Mississippi, John Smith Hurt is widely considered one of the major country blues artists. He made his first recordings in 1928 but his career was cut off by the depression before he became popular. He spent most of the remainder of his life rearing 14 children along with is wife and working as a sharecropper. In 1963 based on a hunch occasioned by a line mentioning Avalon as Hurt’s home town, folklorist Tom Hoskins located Hurt near Avalon, Mississippi. Hurt had kept up his guitar skills by playing for neighbors on the weekends. Hoskins arranged for Hurt to play the famed 1963 New Port Folk Festival and to record for Vanguard Records. For the next three years until his death in 1966 Hurt was very popular on the folk music circuit playing festival, colleges and clubs. 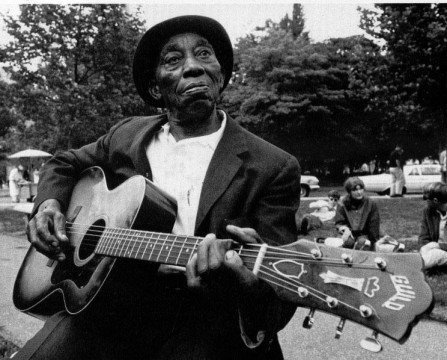 Hurt’s gentle, story-telling song style and his flowing, finger-picking were different from what most people think of when referring to Mississippi blues. Nevertheless, Hurt’s music is quintessential blues—check out “Talking Casey” (from Rediscovered) which features Hurt’s guitar imitating not only the human voice but also train sounds. A hallmark of Hurt’s style was his wry humor as exemplified in songs such as “Coffee Blues” and the children’s song, “Chicken Blues” (both from the Coffee Blues album). Hurt also specialized in folklore narratives such as “Stagger Lee” (from The Immortal album) and “First Shot Missed Him” (and all the other songs from Last Sessions). “Let The Mermaids Flirt With Me” combines ironic humor with a gentle, lilting melody which contrasts with the subject matter of death and burial at sea. “Cast my body out in the sea / save all the undertaker’s bills / let the mermaids flirt with me.” 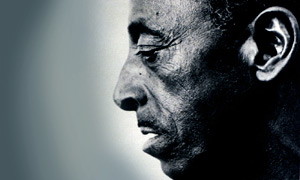 Mississippi Fred McDowell is originally from Tennessee (born circa 1904 around Rossville and died 1972 in Memphis), Fred his adult life about forty or so mile below Memphis in Como, Mississippi.but as soon as one hears Fred, the man is instantly associated with the Mississippi Delta bottle-neck blues guitar style. It’s a rough tradition full of violence, evil doing, instability and a general reveling in miscellaneous misdemeanors and minor indiscretions. The Delta blues in particular is often contrasted to gospel in a wrong (blues) / right (gospel) dualist opposition. 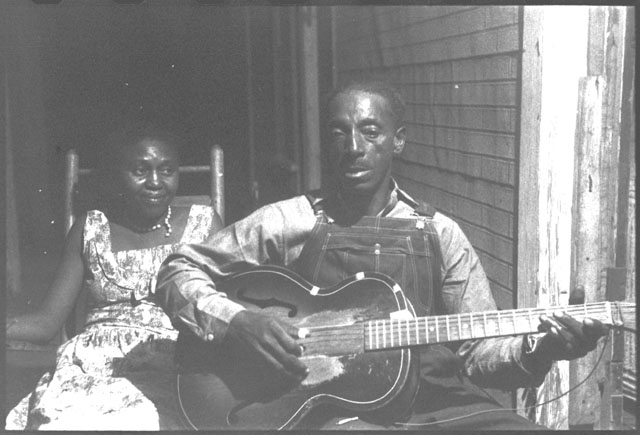 So take in these selections from a prototypical Delta blues musician not only singing gospel himself but working with his wife and with friends (The Hunter’s Chapel Singers of Como, Mississippi) in a program consisting entirely of gospel oriented material. The album is aptly titled Amazing Grace. Any one of the six songs is a great example but I would like to point to two in particular: “The Lord Will Make A Way” and “Amazing Grace.” The former song is basically Fred alone with just his guitar counterpointing his voice. It rocks fiercely and at the same time rambles though the melody, the wide vibrato of the steel strings vibrating throughout. The second song features the full choral group issuing forth a sound that may have emanated from the fabled belly of a storm-tossed slave ship during the middle passage (which is the actual origin of the song itself that was written by a slave ship’s captain). This is the kind of music that is both primal and powerful. Some might call it primitive—actually, rather than “primitive” it might be more accurate to say unsophisticated but there is nothing simple about it. Here is the power of the blues mated with the spiritual longing of gospel. For those who have never heard music like this, these songs are surely both a surprise and possibly a delight. This singing makes you feel good. This is the music that helped enable people to survive the fierce brutality of daily life in Mississippi. If nothing else recommends it, the fact that this is survival music means we should know it and celebrate it. (And by the way, although they are often thought of as a Chicago outfit, the Staples Singers led by Pops Staples musically is based in the country Mississippi style of gospel singing. In what Fred McDowell is doing you hear a direct antecedent.) These men and women are true American heroes, not just survivors but heroes. This is the music that was the bedrock for not only rock and roll but also the aural fuel of the civil rights movement. One Mississippi, two Mississippi. John Hurt. Fred McDowell. Give thanks. —Kalamu ya Salaam

This entry was posted on Monday, November 17th, 2008 at 1:32 am and is filed under Classic. You can follow any responses to this entry through the RSS 2.0 feed. You can leave a response, or trackback from your own site.