It has been a hard week, a terribly hard week. Early Wednesday morning I received the troubling news that fellow poet and all-around real good people, Sekou Sundiata made his transition. I fought through the fog of sadness and tried to continue to work but then, unbelievably on the same day within one hour’s time, I received even more disconcerting news: Doug was dead.

Visual artist and co-founder of Ashe Cultural Center in New Orleans, Douglas Redd expired after a long illness. Since April of 2006 I have been spending at least six nights a week sitting with Doug, making sure he took his medication, talking with him, viewing all kinds of films together, dapping each other, hand-holding, embracing. The last couple of weeks were extremely taxing. Doug was mostly in and out of partial consciousness. Sometimes moaning and speaking in tortured tongue. And I could do nothing more to help him but be there. Hold his hand, touch his arm. He died early in the morning. I pulled the night shift; we saw each other, spoke, touched, mere hours before he died.

For a minute after getting the word I couldn’t see the computer screen. Really it was more than a minute. And then a song came to me. “Alfie.” That opening line: “What’s it all about….” 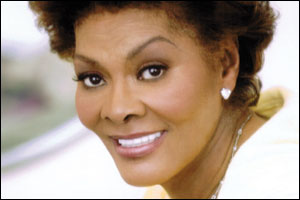 Instantly I knew what I would be featuring as the classic for this week’s BoL. (All the Warwick tracks are available on Walk On By: Definitive Collection.)

I don’t listen that often to Dionne Warwick. It’s hard for me to stomach the corny pop arrangements, nevertheless, the schmaltz and schlock notwithstanding, Dionne was absolutely in a class by herself when it came to breathing life and passion into music that might otherwise be best suited for Lawrence Welk’s bandstand.

First off, Dionne’s voice was distinctive, immediately recognizable; if she was on the radio you couldn’t just walk on by without pausing to listen to the diamond clarity of her notes, the seemingly effortless grace of the way her voice soared. Second, her phrasing was impeccable even if she was uttering something as jejune as “what the world needs now is love.” (Sure we all need love but that pop ditty was so clichéd.) Third, Dionne made you believe the drama she was singing about was a tale drawn from personal life experience. She asked, “Are you there with another…?” and in our heart of hearts we knew the answer and from the way she sang it. Furthermore, we knew Dionne also knew the answer was yes.

I got into Dionne Warwick back in the early sixties. I started collecting her albums from the beginning. Within four or five years I moved on to musically deeper waters but there is still a soft spot in my armor when I hear Dionne turn Hallmark greeting card sentiments into serious statements that sonically capture particularly crucial life moments. 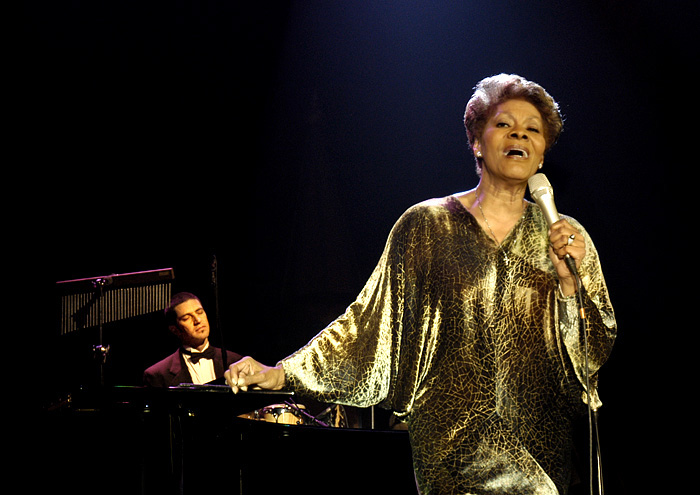 “Is it just for the moment we live?”

Perhaps, these songs will not seriously strike you and maybe the melodramatic pop arrangements will push you away, but then again, perhaps, just perhaps, something has happened in your life recently: a love lost, a betrayal, a setback, a missed opportunity, a death, something serious or tragic or that you honestly regret, perhaps, and because of that, perhaps, you too will share a silent moment with me, pause and reflect on the deep contradictions of life, accompanied by Dionne singing something that seems to perfectly articulate where you and I are at at this hard moment. Perhaps, you and I, accompanied by Dionne, will say a little prayer before moving on to whatever is next on our life agendas.

Baba, I have to say an R.I.P. for Doug too. I never really knew him—the times when he and I were around each other, I was just a kid. I do remember a little art studio crowded with canvases and ink and mallets and metal. I remember an epic set of dreadlocks, skin the color of fresh tar and a constant smile.

I remember the last time I saw him too. Believe it or not, I was delivering milk to the Ashe center. Doug unlocked the side door for me. He started to help me, but I could tell he was in the middle of something. I told him I had it under control and he told me, with that constant smile of his, "Cool." He asked about you and Mama and the rest of the family, and then off he went. That was it.

So, Dionne Warwick, huh? I have to say, I'm at quite a disadvantage. The problem for me is, all I really know about Dionne Warwick is "Walk On By," the Mos Def sample from "Anyone Who Had A Heart" and the Psychic Friends Network. I'm not going to lie and say any of these songs are about to turn me into a fan, but if her music helps in a moment like this, more power to her.

This entry was posted on Sunday, July 22nd, 2007 at 12:20 am and is filed under Classic. You can follow any responses to this entry through the RSS 2.0 feed. You can leave a response, or trackback from your own site.

Commiserations, man – sounds like you could do with some tunes that are a little gentle, relfective and affirming – all the best

First, brother Kalamu, I cannot know your grief but I do understand it. Sekou was an amazing creative light, as I’m sure your friend Doug was as well. May your grieving process be rich and brief, so that the smiles outshine the tears.

And as for Dionne, I’m sorry that you can’t relate Mtume. My mom was a 60s music nut, and I spent HOURS of my youth in my basement with her Warwick and Streisand albums. Now that I’m recording music myself, those ladies’ respective repertoires have given me a whole new appreciation for my “big belt” and non-gospel roots. They still help me to appreciate the subtleties of a song.

I don’t know if you remember, but I’ve always been a diva lover, which, of course, is quite different from being any kind of aficianado when it comes to music. At any rate, I just put Dionne in my car a couple of days ago because I had to hear “Message to Michael”–every note of it so subtle, sometimes it’s as if some of the words are still swirling around in her mouth and I just happen to overhear them.

Vandross worshipped Warwick (and a couple other divas too). The duet he did with her in the 80s brought out gestures in her voice that I think even she had forgotten about. That song, “How Many Times Can We Say Goodbye,” is the sweetest form of competition I’ve ever heard, each of them seeing who could make the most by doing the least, Dionne singing in a soprano she hadn’t bothered with since her recording of “Anyone Who Had a Heart.” Sometimes I think that man could make a brick sing.

I never knew Sundiata, but I’m so glad he walked the earth long enough to make The Blue Oneness of Dreams and longstoryshort. Both helped teach me to listen at a time in my life when I was all talked out.

You’re the best, Kalamu! I’m so proud of you.

First, Kalamu: I am sorry for your loss. I have sat beside at least 2 beds –parents in the ICU. And visited a friend dying of cancer. Every time, it tore me apart. To be able to do that over and over again takes a special kind of strength.

And Dionne: That’s my sixth and seventh grade. Hours spent listening to her records and matching her precise phrasing. Every time some one in synagogue taps me on the shoulder and complements my singing, I know who my teacher was. “A House is Not a Home” is still HER song as far as I am concerned.

Kalamu, my heart is with you. This is a heavy year for loss in our community. Brother Sekou was to have been with us this week in Atlanta at the National Black Arts Festival. we mourn his passing as we celebrate his life and contributions. There is a beautiful tribute to him at http://www.nbaf.org

Your Dionne Warwick selections remind me of a magical evening at the 92 or 94 NBAF, when Wynton Marsalis headlined a midnight jazz jam at the Rennaissance and Dionne Warwick was in the audience. She joined him on stage for a duet on a few of her numbers, and showcased what Dionne could do with her songs when placed in the context of a jazz environment.