When Groove Theory recorded their breezy, near-perfect cover of “Hello, It’s Me,” and when John Legend recorded his much-lauded version of the song for the ongoing series of Gap ads, it’s almost certain that the reference point (for both acts) was the Isley Brothers. From the repeated ‘hello, hello, hellos’ in the intro to the ‘don’t change, don’t change’ fadeout, it’s all Isleys all the way. But the Isley Brothers didn’t perform the first hit version of “Hello, It’s Me." They didn’t write the song either. Todd Rundgren did, although I’d bet most people reading this have no idea who Todd is. 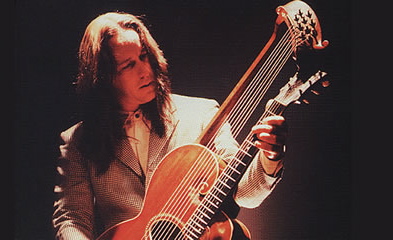 In progressive rock circles, Todd Rundgren was one of the better-known musicians of his time—a wildly eclectic singer, songwriter, multi-instrumentalist and later, producer and software developer, who enjoyed a relatively small, but extraordinarily devoted group of fans. Back when I worked at Tower Records, Todd was positively revered by my fellow employees, many of whom were in bands themselves. They described to me, often and at length, why they loved Todd’s records: his fierce independence, his musicality, his compositional ability, his simultaneous depth (which marked him as a musician one could take seriously) and silliness (which marked him a musician who didn’t take himself so seriously). I never got into Todd’s music, frankly. I’m a rhythm child, and Todd’s rhythms sound incidental to me. If they’re there, they’re there only to count the time. Todd’s compositions are about the lyrics, the melodic expressiveness and harmonic progression. I like melody and harmony as much as the next person, but for me, they’re not enough to carry entire albums; I just have to have the groove. I always did love “Hello, It’s Me” though. Todd’s version included. Todd’s second version that is. Just to muddy the waters a bit, Todd’s hit version (which appeared on his 1972 double LP Something/Anything?) was actually a cover of the version he recorded with Nazz, the band he led before going solo. (That version, we’ll spare you here.) 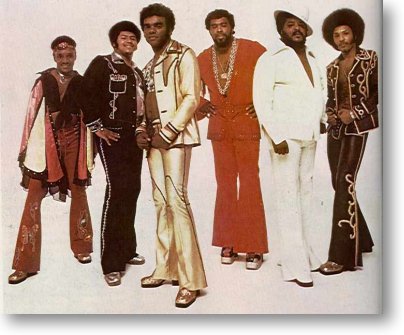 Two years after Todd’s solo version of “Hello, It’s Me” went Top 5 on Billboard’s Pop chart, the Isley Brothers covered it for their Live It Up album. The Isleys’ “Hello, It’s Me” was never released as a single, but it might as well have been. Lush and wistful, the sound and feel of the record is perfectly suggestive of lazy, warm weekend afternoons. In short, it’s an archetypal summer song. Three decades after the fact, it’s a staple on Sunday afternoon R&B radio programs and at family barbecues across Black America. It’s no surprise then, that I’ve heard people refer to Groove Theory’s “Hello, It’s Me” as ‘that Isley Brothers song’ or that the Gap’s own website lists the original performer of John Legend’s “Hello, It’s Me” as, again, the Isley Brothers. For those of us born and bred on R&B, even for those who know it’s not literally true, calling “Hello” an Isleys song just feels right. Plus, it’s a lot easier than trying to explain why both Groove Theory and John Legend are recording versions of a thirty-five-year-old song by a rock band no one’s heard of. —Mtume ya Salaam           But why?          Two quick points, Mtume. 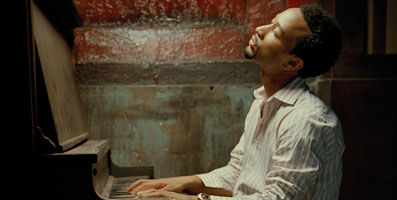 1. I hear John Legend as closer to Todd than to the Isley Brothers. Now, undoubtedly Groove Theory is doing an Isley thing, but, except for some pathetically strained “hello’s” at the end of the song, Legend doesn’t even try to get that falsetto, nor that light floating feeling. Legend's backbeat is so hard, it’s harsh, almost leaden—in fact, the drums sound like a Motown sound, including the fills. To be clear, what I’m suggesting is that the Motown sound was intentionally heavy on the accents so “young America”—i.e. young white teenagers—could clap in time and get the groove. Anyway, there is none of the floating feeling in John Legend, even though there is a solid groove. Note that the Isley’s version features the drummer doing rim shots, which gives a lighter backbeat, and the fills are softer. So that’s my first point: there are two versions, one version with a heavy rhythm (and, Mtume, I know you know what I’m saying because that’s how you broke it down when you talked about Todd’s version), and a second version with a floating rhythm, the Isley version. Groove Theory imitates the Isley's. 2. Second point: why? Why in the world should I or anyone else listen to John Legend or Groove Attack, or, even though he wrote it, Todd Runegund, when we’ve got the sublime Isley’s turning a cover into a classic? To dip back to last week and borrow a metaphor from Nat King Cole, why paint another Mona Lisa? Next. —Kalamu ya Salaam Oh, I just thought of a third point. Mtume, I think you perfectly describe how Black music can take a source that is partially from outside the culture—I say “partially” because all of American music is influenced by Black music—but anyway, our music can take outside music and turn it into quintessential Black music. It’s partially in the rhythms, but also in the improvisation and personalization of the melody. Black music does not emphasis an abstract correctness, but rather validates the personality of the interpreter. We would expect if Al Green covered this song, Al would do it in Al’s way, not the Isley’s way or Todd’s way. A major part of the personalization is how one approaches the melody and negotiates the harmony, how one improvises on the source. Ok, that’s enough, I was just marking time while I played the Isley’s version for a second time. ;->)

P.S. One more thing. Mtume, you like Groove Theory for two reasons (and one of them isn’t  former Mantronix rapper Bryce Wilson). You like their version because of native New Yorker, Amel Larrieux on the one hand. And because of neo-soul vocalist Amel Larrieux on the other hand. She’s good, and if the Isley version didn’t exist I might really enjoy this one, but, alas… you know what I'm about to say. Groove Theory is a cover of a cover, rather than a cover of the original. I ain't saying Amel can't sing, but if you're not going to do your thing and instead are just going to imitate somebody else's thing, well, why? You know what I'm saying?

This entry was posted on Sunday, February 26th, 2006 at 10:54 pm and is filed under Cover. You can follow any responses to this entry through the RSS 2.0 feed. You can leave a response, or trackback from your own site.

Kalamu said, “I ain’t saying Amel can’t sing, but if you’re not going to do your thing and instead are just going to imitate somebody else’s thing, well, why? You know what I’m saying?”

While I can appreciate your sentiments, sometimes the nature of a cover is to RECONNECT folks with the original. Especially if the cover is good. In many cases of modern music, after I’ve heard the covered version, I sought after the original just to hear the difference. It is true that each artist has their own flair or interpretation of each piece. I grew up on the Isley’s version…it’s a CLASSIC. Listening to Rundgren’s makes me think of a light-Rock-Beatles version. It’s airy, sutble, and has more orchestration and a good way. The Isley’s of course is soulful and sincere.

Which brings me to the Groove Theory version…it is in fact a cover of a cover. Only slightly dressed up from the original cover. But listening to it still gives me a fresh perspective…a woman’s perspective. As I guy, I can did that! The expression or embodiment of the song can be felt differently with each artist. As I like the Isley’s version, Ron Isley wasn’t singing that song to me. However, Amel was. Now if Alycia Keys sang it…watch out, LOL!

Likewise, though John Legend’s version DOES NOT speak to me. It almost gives me a headache. But, I’m sure women like it.